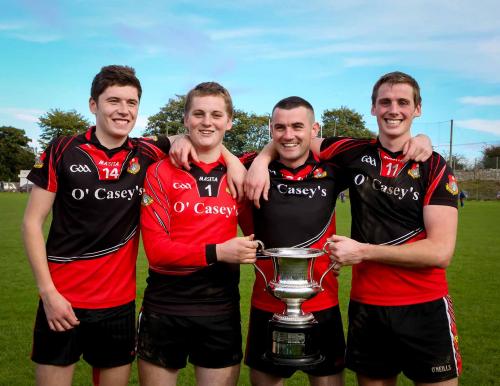 Ballyporeen GAA is a Gaelic Athletic Association club located in the parish of Ballyporeen in County Tipperary in Ireland. The club plays Gaelic football at Senior level as part of the South division of Tipperary GAA. The handball section of the club has also had considerable success.

The club fields Minor, Under-21 and Senior football teams. At juvenile level the Ballyporeen club also takes in footballers from, and provides hurlers for, the hurling club in the neighbouring townland of Skeheenarinky, part of the same parish.

Ballyporeen's most notable victories at county level to date were in 1992 and 2013, when it secured the Intermediate titles. The club advanced to the county's Senior championship, and retained that rank in a relegation play-off in October 2015.