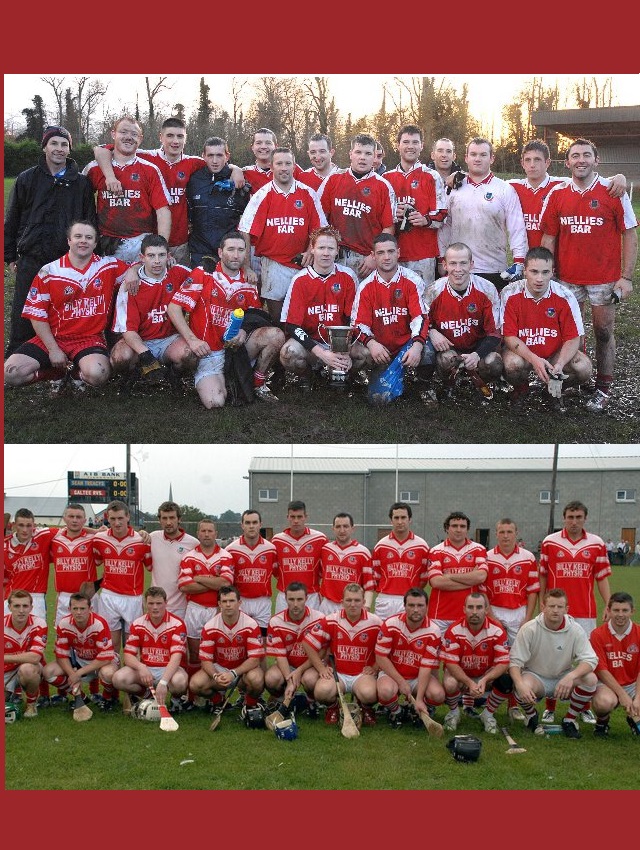 The club are competitive in both codes

Galtee Rovers GAA is a Gaelic Athletic Association club located in the village of Bansha on the National Primary Route N24 in the shadow of the Galtee Mountains in west County Tipperary, Ireland. The club, founded in 1885, represents the parish of Bansha & Kilmoyler and enters gaelic football and hurling teams in the West Tipperary and Tipperary championships. The Club grounds - Canon Hayes Park - are named in honour of the founder of Muntir na Tíre, Very Rev. John Canon Hayes, Parish Priest of Bansha & Kilmoyler (194657), who was patron of the Club during his pastorship. The Club pavilion is named 'The McGrath Centre' in honour of two club members, the late John & Geraldine McGrath who died on New Year's Day, 1 January 2000. John Moloney, famous referee of six All-Ireland Senior Finals, was President of the Galtee Rovers Club at the time of his death on 6 October 2006. In addition to his lasting achievements at national level in the Gaelic Athletic Association, his greatest legacy at club level was his nurturing of the juvenile and under-age players whom he coached and organised for nearly 50 years.

Galtee Rovers is a traditional football club, however in modern times it has enjoyed a hurling renaissance from the late 1990s through the early years of the 21st century. The Club was one of the few dual (hurling and football) senior clubs for five years from 2001 to 2006. However, it lost its senior hurling status after defeat in the West Divisional and County championships in 2006. The club's main focus at senior level for the immediate future is expected to be in football, while continuing to compete in the Intermediate hurling championship. The club's endeavours in football were rewarded in 2008 when Rovers regained the County Tipperary Senior Football Championship after an interval of 27 years by defeating neighbouring Cahir, 0-7 to 0-5 in the final played at Cashel on Sunday, 26 October 2008.