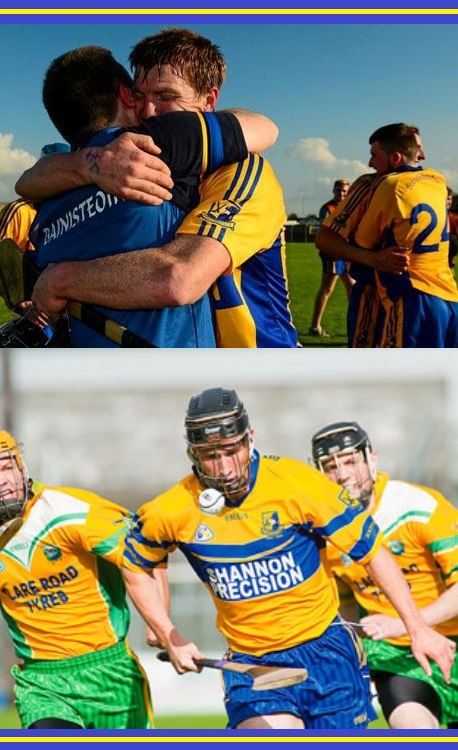 Sixmilebridge Hurling Club was founded in 1904. Club colours are yellow and blue. Home games are played at O'Garney Park. The first recorded matches were at Junior hurling and football level against Newmarket on Fergus with the hurlers winning and the footballers losing 2-7 to 0-2.

Seven and a half acres of land were bought in 1978 and the new pitch and dressingrooms were opened by Paddy Buggy in 1982. They won the senior championship in 1983 and again in 1984 winning their first Munster club championship beating Patrickswell in the final. County titles also came in 1989, 1992, & 1993. In 1995 the Bridge had three reasons to celebrate. The Tommy Morey memorial stand was officially opened, the U.14 won the All-Ireland Feile competition, and the senior hurlers won the senior hurling championship and the Munster title and went on to win the All-Ireland senior club championship on St. Patricks Day 1996.

In 2008 sixmilebridge officially celebrated the opening of their new facilities by hosting a challenge match between Clare and Kilkenny. In 2009 sixmilebridge captured the u21 A hurling title as they overcame Wolfe Tones, Clooney-quin, neighbours Cratloe and finally Crusheen in the final. Sixmilebridge regained the Clare title in 2013 with a hard fought victory over near neighbours and reigning champions Newmarket on Fergus. Sixmilebridge followed that up in 2015 with their 12th title, comprehensively beating Clonlara in the final.

The club's two most well known players are Davy Fitzgerald and Niall Gilligan. Fitzgerald is one of the most high profile figures in the GAA. He has won two All Irelands as a player, three All Star awards and he he has also had a very successful managerial career, enjoying much success with LIT, Waterford and Clare with who he won the All Ireland title in 2013.

Gilligan also enjoyed an extraordinary career. He won an All Ireland and an All Star during a 13 year career with Clare. He also had a hugely successful club career and starred in the 2015 county final at 39 years old, scoring 13 points.