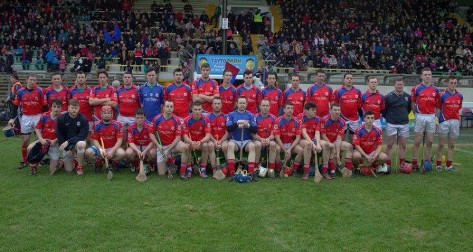 Abbeyknockmoy GAA is a Gaelic Athletic Association club located in Abbeyknockmoy, County Galway. The club was founded in 1953 and is almost exclusively concerned with the game of hurling. A junior team was affiliated in 1954 and in the same year the club won its first title and were crowned North Board Junior champions. In the intervening years the club achieved remarkable success in amassing a total of 26 titles with senior status attained for the 2nd time in 1985 when they won the Intermediate championship to be followed in 1988 when we won the first county senior title. In 2011 the club won the county minor B1 championship.
In 2015 they defeated Moycullen to land the County Intermediate title on a scoreline of 1-16 to 0-13 and defeated Four Roads in the Connacht Final 1-11 to 0-11. Abbeyknockmoy lost the All Ireland Intermediate final to Kilkenny side Bennettsbridge 1-14 to 1-17.