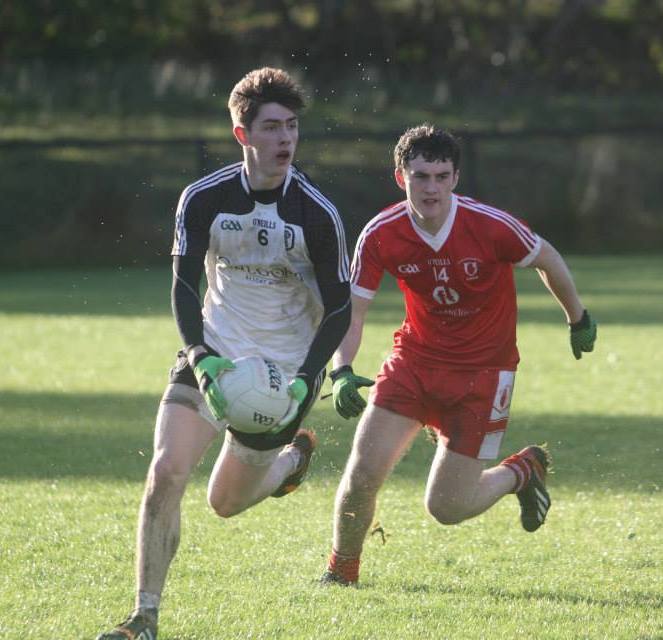 All Saints vs Lamh Dhearg

Gaelic games have had a somewhat difficult history in Ballymena, a town with a substantial Protestant and unionist majority, whereas the GAA has traditionally drawn its support from the mainly Catholic nationalist community. The unionist-controlled local authority became involved in a protracted dispute with the present club soon after its establishment in 1975. The council not only blocked access to public playing fields but attempted to prevent the club acquiring its own grounds. The club is also among the many GAA clubs in Northern Ireland that have been the subject of arson attacks attributed to loyalist elements.

The first Ballymena GAA club, McCracken's (named after the United Irishmen leader Henry Joy McCracken), was formed in 1922 but went out of existence in 1925. It was reformed in 1945, one of the prime movers being Jack O'Doherty, a native of County Armagh who had played football for Antrim, Armagh and Derry. McCracken's finally went out of existence in 1950. Another club, St Patrick's GAC, was founded in 1959, but lasted only until 1963. In 1965, All Saints GAC made its first appearance. With the onset of The Troubles, this club was wound up at the end of the decade.

The present club was established in 1975, initially as the All Saints Gaelic Athletic and Camogie Club. From the outset it catered for hurling and camogie, adding football in 1976. The present name, omitting "and Camogie", was adopted in 1978. After some early successes with juvenile teams, and having fielded its first Senior team in 1978, the club was named Antrim Club of the Year in 1979.