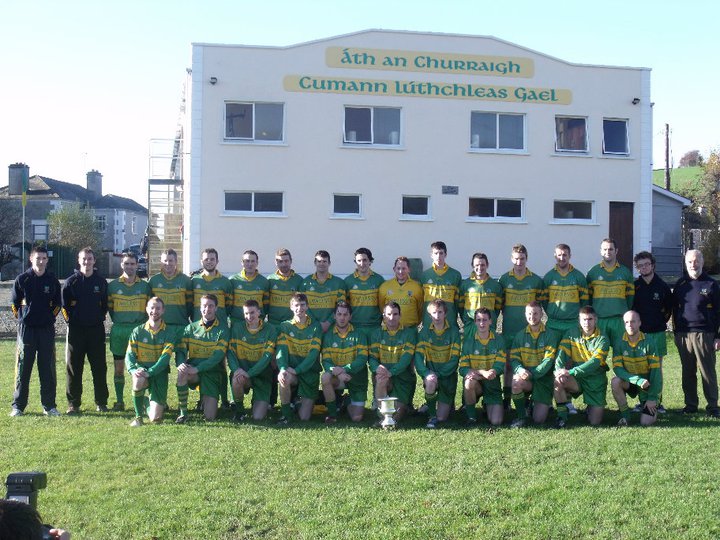 Annacurra can be considered the very first superpowers of Wicklow Gaa and have featured in several key games in Wicklows history. The club first practiced in Caufields field at the cross roads and later played their games at Blakes field in Kilpipe. Avondale provided the opposition in Annacurras first ever match and the result went in Annacurras favour. Annacurra won two and a half of the first three championships in Wicklow from 1886 to 1888.
In 1928 Annacurra were relegated to junior level but their stay was short-lived as they defeated Donard by a goal and won the Junior Championship.In 1932 Rathnew defeated Annacurra in the final and this would be the last time Annacurra would contest a senior final until 1955.

After a split with the Aughrim club in the 80s, Annacurra emerged as strong contenders to the Senior crown. In 1988 they won the Senior B Championship for the Keating Trophy and in the same year won the South East League. In 1990 the Senior team faced All-Ireland Club champions Baltinglass in Aughrim. Unfortunately, again the result on this day did not go to plan.
2010 finally brought the elusive intermediate county title to the current crop of players.2011 also saw the club reach the quarter finals of the Senior Championship in the first year back on the top rung of Wicklow football.