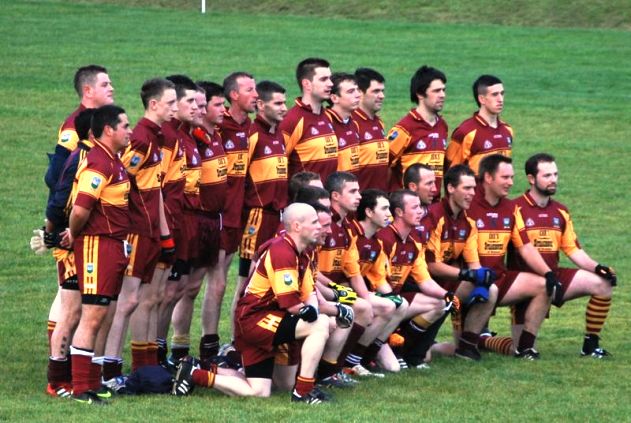 The history of Gaelic Football in Annaduff was something of a hit and miss affair for first part of the twentieth century with the Club going in and out of existence several times, due to emigration and falling player numbers. However, there were several highlights during those years, principally the winning of the Leitrim Senior Championship in 1928.The next high point came with the reformation of the Club in 1938. A mini golden age ensued, with two Junior crowns in 1938 and again in 1941. In common with so many other clubs in rural Ireland, emigration again caused the club to go out of existence. It was not until 1958 that Annaduff again took its place on the playing fields of Leitrim. Annaduff then entered a valley period, during which no success came our way. However, it was marked by the fact that the Club made the courageous decision to purchase the park. The new ground, was opened in 1983 and nameed after Stanley Cox who had done so much to ensure that Annaduff had a worthy home.Annaduff entered the current golden era, winning the Intermediate Championship and League in 2001. James Faughnan was the captain of this team, and three years later Annaduff entered the Promised Land winning the Senior Championship for the first time since 1928.