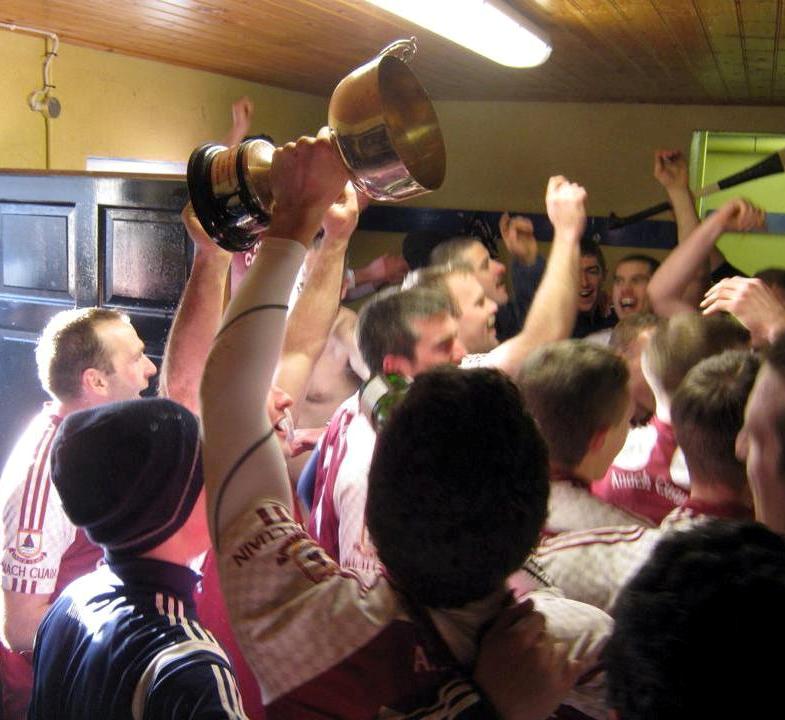 Hurling has been played in Annaghdown parish since the foundation of the GAA. There are several references to teams from the parish affiliating on and off over the years. In the 1950 and '60's Annaghdown had very strong hurling teams winning several North Board Junior Championships but never actually winning out the County Junior Championship proper. In the early '60's Annaghdown entered the Intermediate Championship and almost went Senior in the mid-sixties, but, due to retirements and emigration, they resorted to the Junior grade after a few years.

In the 1970s, Brother Vincent, a monk who taught in Corrandulla school, and a native of Kilkenny, started juvenile coaching and this work saw Annaghdown win several underage titles in the '80's, culminating in the winning of the 1980 Feile na Gael All-Ireland U14 title. The work started by Brother Vincent was continued by many local people, and it has seen Annaghdown being competitive at underage since. In the last decade Annaghdowns fortunes have improved at adult level with the club's top hurling team now trading its wares in the highly competitive Intermediate grade, reaching the semi-final for the first time in 2008.

At present there is a very strong cohort of people taking charge of underage teams in the club, fielding teams from U-8 right up to Intermediate level. Annaghdown also field teams in all grades of football and have won many titles including five county senior football championships in 1931, 1982, 1985, 1987 and 2001