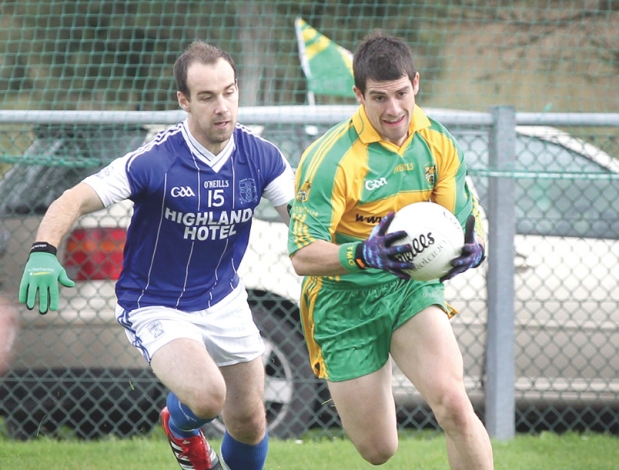 Paddy McGrath in action for Ardara

One of their county's more successful teams, they have won the Donegal Senior Football Championship on 6 occasions. Their most recent success was in 2004.

The team is perhaps most famous at national level for being the home club of Anthony Molloy, the first Donegal senior captain to lift the Sam Maguire Cup.

Paddy McGrath, a member of the 2012 All-Ireland winning inter-county team, currently plays for them. McGrath, along with Ardara teammates Conor Classon and Peter McNelis, was part of the Donegal U21 squad which qualified for the All-Ireland U21 Final.