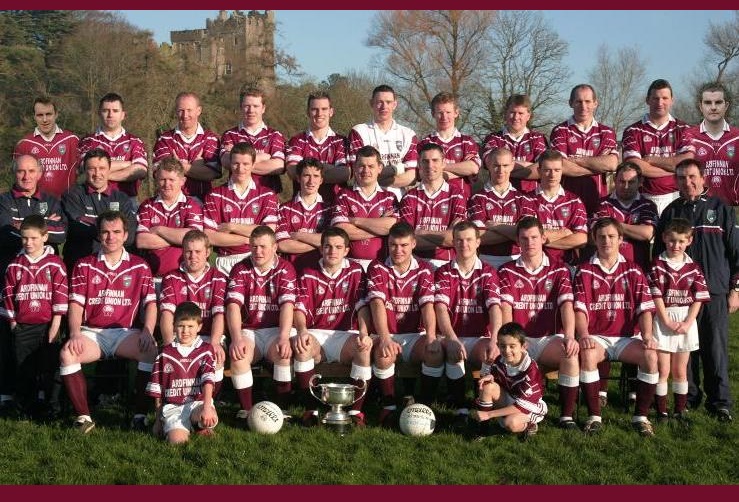 Ardfinnan which competes at county level and in the "South" division of Tipperary GAA, is known by its supporters as "the village". The club draws its players and support from the village of Ardfinnan and the neighbouring parishes of Grange and Ballybacon. Ardfinnan club only plays Gaelic football but the area also has a senior hurling club, Ballybacon-Grange GAA, which is based in Goatenbridge village around three miles from Ardfinnan.

Ardfinnan reached their first South division final in 1927 but were beaten by a Carrick on Suir side that went on to win the County title. In 1928 Ardfinnan had two players on the Tipperary team that beat Kerry in the Munster Senior Football Championship, Ned Lonergan and John O'Leary; to date this was the last time Tipperary beat Kerry in a Munster Championship. The 1960s were Ardfinnan's golden era, in which the club won the county senior title three times and the South senior title five times, including four years in a row.

In November 2005, Ardfinnan won their first county title since 1974 with a 1-5 to 1-4 win against Loughmore-Castleiney in Cashel. That title ended a 31-year famine with a late winning point by player manager Peter Lambert