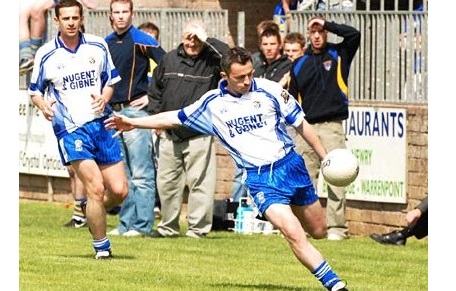 Armagh Harps Gaelic Football Club is based in the city of Armagh. It plays exclusively Gaelic football in the Senior competitions of Armagh GAA. Its home ground is Pairc na Mainistreach, also known as Abbey Park, in the north of Armagh city. Founded in 1888, club colours are white with blue trim.

The club has won the Armagh Senior Football Championship 21 times.

Harps represented Armagh in the 1890 Ulster Final, beating Cookstown's Owen Roes, but losing to All-Ireland Champions Midleton of Cork in the All-Ireland Semi-Final. Football declined somewhat in the period 1910-1915, but revived in 1916 when it appears that the Harps reformed under a new name, Young Ireland. Another Armagh City club, St Malachy's, was active in the 1940s.

The Armagh Harps were recreated under the original name in 1945.