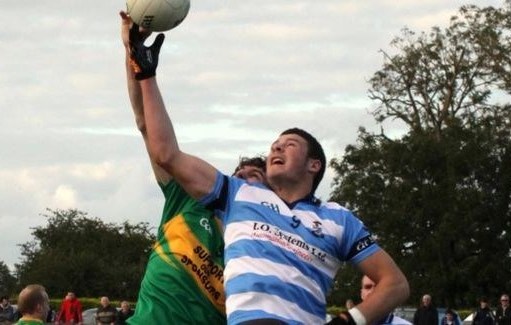 The club was founded in 1885 by Irish National League members, bringing GAA to Athlone. Athlone GAA are Westmeath's most successful club with 19 Senior titles, the last of which was 1998. Club colours are blue and white.

They achieved an unprecedented 6 in a row between 1955 and 1960. 2011 represents their fifth time to qualify for Feile Peil na nOg following on the heels of last year's appearance in Derry. The club is home to Westmeath's first footballing All-Star Rory O'Connell. Athlone recently won their first ever Intermediate Championship by defeating local rivals Tubberclair.

The club caters for both football and hurling with the hurlers playing under the Southern Gaels banner. The club have two full size floodlit pitches with a third pitch currently being developed. The Athlone GAA also has its own bar and ballroom.