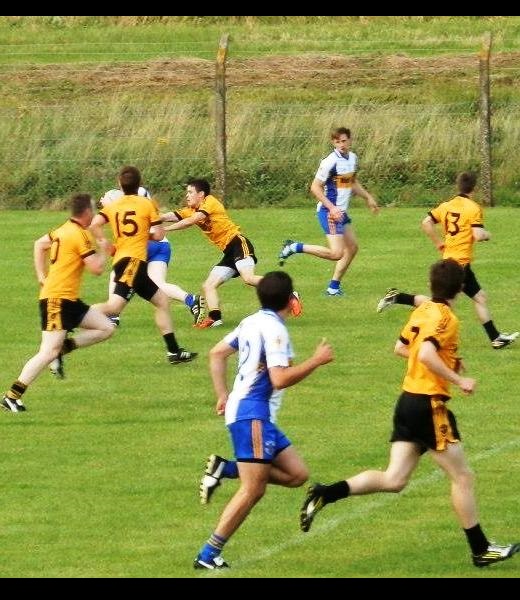 In 2008 Augher won the Tyrone Junior Football Championship, by beating neighbouring club Aghaloo in the final, on a scoreline of 1:09 to 0:09. This was the clubs first adult championship win since 1985.

The senior team in 2013 will compete in Division 1 of the Tyrone All-County Football League and will play in the Tyrone Senior Football Championship. The club gained promotion back to the top flight after a 21-year absence, by defeating Edendork in the Promotion/Relegation playoff final in 2012

The 2011 youth season brought about a change for Eochair St Macartans and neighbouring club, and rivals Clogher Eire og. A lack of attendance, and general numbers at both clubs meant both clubs forming together to form Gael Naomh Padraig GFC. This system has been put in place in all competitive youth levels (Under-13 to Minor) and has meant youth players from both clubs guaranteed football and also playing in a higher standard that they may have played in before. The agreement involved two initial years, and this may be extended if the two years work out to be successful for all concerned. Once the youth players have finished their time at youth football, they then play for their original club at senior and reserve level. The agreement put in place at the minute means that players who may qualify to play both minor and senior football, can do so without any problems