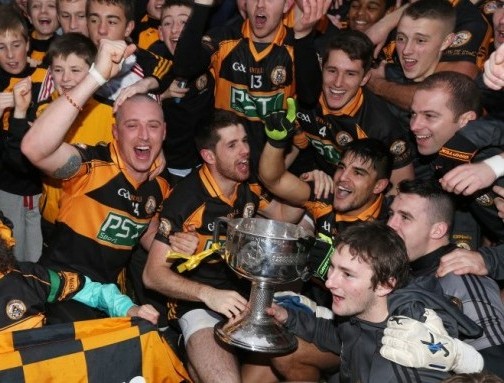 Austin Stacks is a hurling and Gaelic football club based in Tralee in County Kerry. It has more All-Ireland Senior Football Championship medals and GAA All-Stars than any other GAA club in Ireland. Founded in 1917, club colours are black and amber.

They have many notable players at the top of the rock such as Joe Barrett, Mikey Sheehy, Ger Power, John O'Keeffe, Cork's Dinny Long, Pa Laide, William Kirby, Kieran Donaghy (who won player of the year after leading Kerry to success in 2006) and Daniel Bohan.

The club is named after Austin Stack, Irish revolutionary and captain of the All-Ireland winning Kerry Gaelic football team of 1904. They are the only club in Kerry to have won Senior County Championships in both Hurling & Football, including doubles in 1928 & 1931.

Tralee rivals include Kerins O'Rahilly's, John Mitchels, St.Pats, Ballymacelligott, Churchill and Na Gaeil. The black and amber colours of the club are known throughout Ireland.