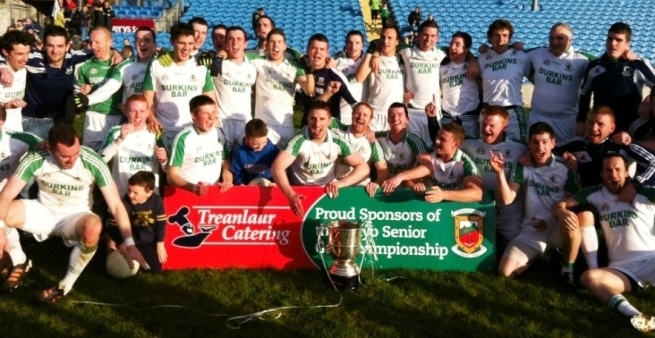 Ballaghaderreen GAA is a Gaelic Athletic Association club based in Ballaghaderreen and concerned with the sport of Gaelic football. The club was founded in 1885 while the town was still in County Mayo and went under the name "Faugh A Ballagh".

In 1898 Ballaghaderreen was transferred from County Mayo to County Roscommon under the Local Government Act. Only the GAA club today remains in Mayo due to ancient laws and politics for the last number of decades.

One of the most successful clubs in Mayo in recent years the club won senior titles in 2008 and 2012 to go with their maiden victory in 1972. Mayo star Andy Moran plays football with Ballaghaderreen.