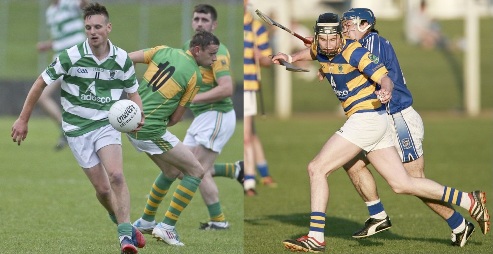 Abbeyside hurlers have a blue and orange strip, Ballinacourty footballers green and white

Abbeyside/Ballincourty GAA Club is a Gaelic Athletic Association club based in Abbeyside, County Waterford. The club plays both hurling and gaelic football and competes in both senior codes in County Waterford.

The club still uses two separate names depending on which sport they are playing. The name Abbeyside is still used as the name for its hurling teams, while its football teams still go under the name of Ballinacourty. The club was the 2007 Waterford club of the year