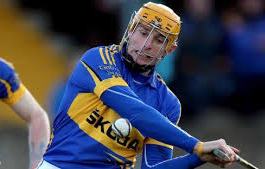 Ballinahinch GAA is a Gaelic Athletic Association club based in the parish of Killoscully and Ballinahinch in the north-west of County Tipperary. The club plays both Gaelic football and hurling in the North division of Tipperary GAA.

The club was founded in 1886, as two separate clubs, Ballinahinch GAA and Killoscully GAA, although there is sources that say Killoscully GAA was in establishment in 1884, the year of the birth of the GAA.

Shane McGrath and Mike Ryan (Bawn) are the most notable players from Ballinahinch, both having won All Ireland senior medals with Tipperary on 2010 and 1991. Shane and Mike also both played for Tipp at Intermediate and under 21 level, with Mike winning 2 Intermediate All Irelands in 1989 and 1991. Mike also won an u21 All Ireland and has a very rare Oireachtas medal, which there is very few in the country. Shane won 2 Fitzgibbon cups with LIT, these campaigns leading to Shane's call up to the senior set up. Shane holds 2 All Star awards.