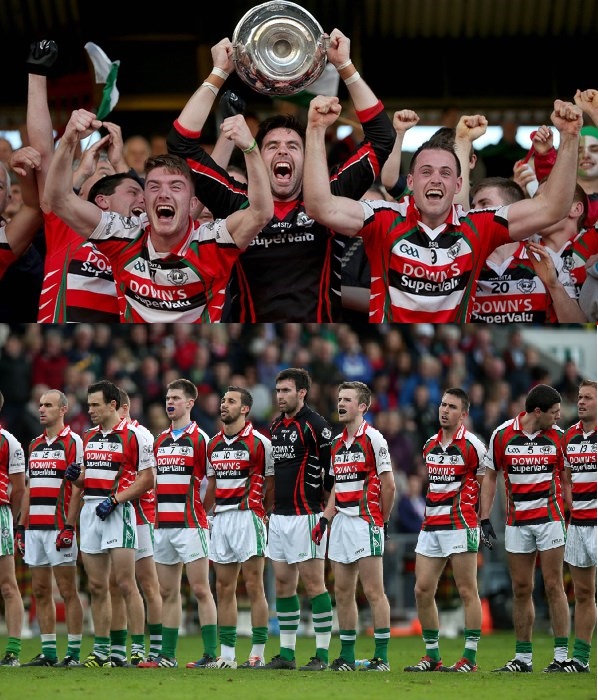 The GAA itself was founded in 1884 and the first Cork County Board was formed in 1886 with 21 teams from across the county. Ballincollig were in this initial 21, however it wasn't until 1887 that the first record of entry into the Championship from a Team from Carrigrohane, with a late submission. With a lot of upheaval in the Early days of the board, there were rival boards formed and in 1891 the club entered a team under the name of Ballincollig Gladstonians. 1919 saw the adoption of today's club colors, Green and White and It wasn't until 1927 that the club introduced a football team at any level. 1939 saw Ballincollig win the Intermediate Hurling Championship and were then regraded to Senior Status. In 1942, the club was the first team in nine years to defeat Glen Rovers in the Cork Senior Hurling Championship.

In 2009, the club won their first ever Cork Under-21 Football Championship atoning for their defeat 13 years previously. Hot favourites and reigning county champions St Finbarrs were dethroned. Despite hitting 18 wides, performances by Ciaran o Sullivan(MoM), Ronan O Driscoll and Mickey Lordan as well as scores from Kealan Hickey, Kieran Joyce, Ian Coughlan and Kieran O Driscoll led the club to victory on a 0-11 to 0-09 scoreline.

On October 19th 2014, Ballincollig won their first ever Cork Senior Football Championship, defeating Carbery Rangers on a scoreline of 1-13 to 1-10 to bring the Andy Scannell cup to the village. The victory represented the greatest ever success for the club's Senior football team.