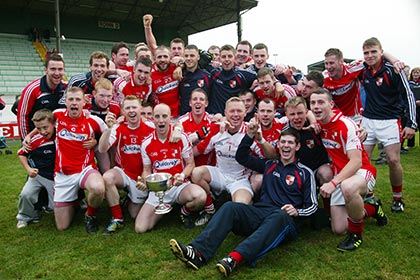 Ballinlough Gaelic Football Club is situated in North County Meath and has been affiliated with the County Board without cease since 1938.

The club is represented from Juvenile up to senior level, where its first team competes. The club colours consist of a red jersey with white trimmings.

The club won the 2014 intermediate final to gain promotion to the senior ranks with a 1-12 to 1-09 victory over Ballinabrackey. This was the third intermediate title for the club following on from 1954, and 1991.

The most famous Ballinlough player of recent generations is Jody Devine who gave over a decade of successful service to his county.