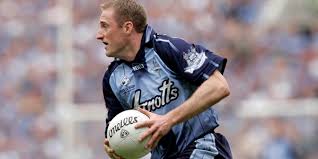 The clubhouse is situated beside Marlay Park just off the Ballinteer bypass. It was founded in May 1982 by Mick Wren, Tom Cosgrave and Maurice O Connell, under the name Ballinteer Gaels. The name was later changed to Ballinteer St Johns. The Club's crest is made up of Three Castles (Dublin Crest), The Eagle (Emblem of St John the Evangelist) and the Celtic Cross (GAA Emblem). Much progress has been made and a large clubhouse Áras Naomh Eoin was opened in 2003.

The club's most famous player is Coman Goggins - All Star Dublin footballer 2001.