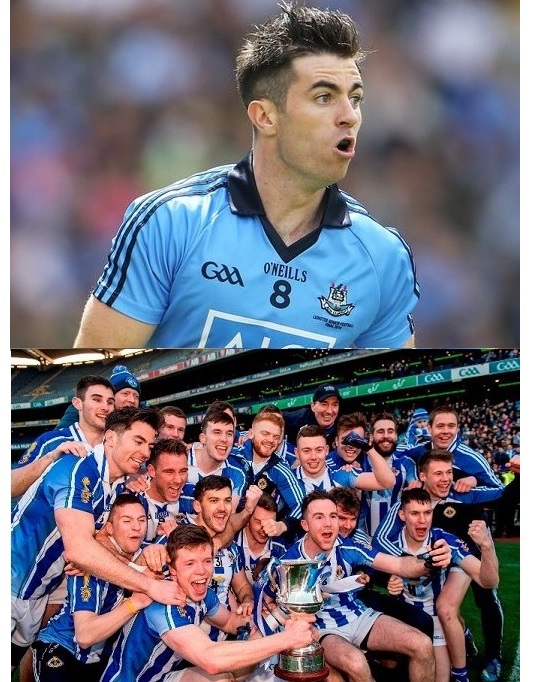 'Boden celebrate the club All Ireland and (above) Michael Darragh MacAuley

Their homeground, Pairc UI Mhurchu is located on the Firhouse Road. It was named Pairc Ui Mhurchu in 1984, after founding member and first chairman of Ballyboden St. Enda's, Ned Murphy (Eamonn Ui Murchu) (1908-1981)

Following victory over Clonmel Commercials in the All Ireland semi-final on a scoreline of 0-15 to 0-10 (following extra time), 'Boden went on to contest their first All Ireland Football final on St. Patrick's day in Croke Park. Following a blistering start that saw them score two goals in the first fifteen minutes, 'Boden won a famous victory, beating favourites Castlebar Mitchels convincingly on a scoreline of 2-14 to 0-07.