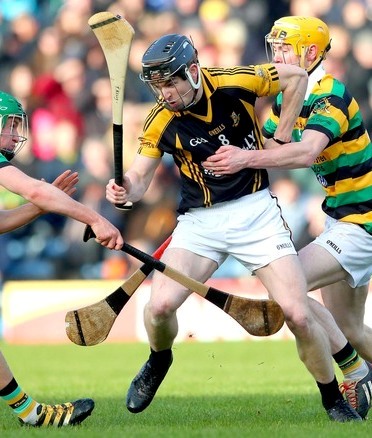 Ballyea is a Gaelic Athletic Association club in the parish of Ballyea/Clarecastle in County Clare, founded in 1935. Club colours are black and amber. Ballyea bridged a 57 year gap in 2001 by winning the Intermediate championship at the expense of Sixmilebridge.The year 2002 was also a very historic year as for the first time ever Ballyea competed in the senior championship with their first victory in the Senior B grade coming against Tubber.

2003 also turned out to a very historic year as for the first time ever Ballyea reached the county final but unfortunately the silverware wasn't taken home with their neighbours Clarecastle claiming the spoils in a 3-11 to 1-8 victory. Further heartbreak followed two weeks later with a defeat in the Senior B final by Tubber.

The following year in 2004 Ballyea made up for the disappointments of the previous year by claiming the Senior B championship defeating Cratloe in the final. 2005 marked Ballyeas first full season in the Senior A grade. In 1995 the under 12 team that stole the show capturing the clubs first ever title in the premier grade getting the better of Sixmilebridge in the final.

In 2016 Ballyea really came to national attention by first winning the Clare county final, then going on to win the Munster final in style, beating no less than Thurles Sarsfields and Glen Rovers en route.

The club's most well known player of recent years is Tony Kelly. Kelly has won numerous medals at all grades with club and county, including a senior All Ireland and an All Star and is widely regarded as one of the most talented hurlers of his generation.