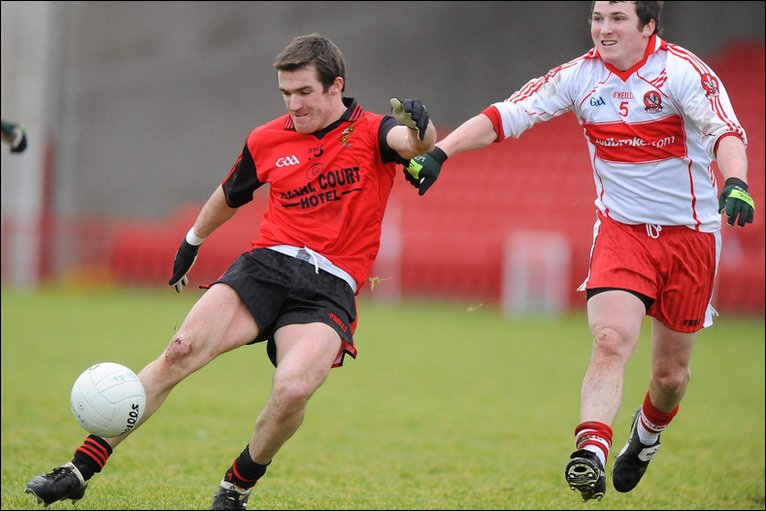 Ballyholland Harps is a small rural GAA club from County Down, Northern Ireland. As a GAA club, the Harps provides teams for a local community in the sports of Gaelic Football and Camogie from under-6s up to adult level.

The club was formed in 1954, with a mission of bringing gaelic games to a small community on the outskirts of Newry, County Down. Over fifty years on and a thriving club is now in place, boasting its own grounds and social rooms and providing for a combined membership of over 300 people.

The clubs impressive home is Fr Lynch Park, named after its founder member, and can be found about a mile and a half from Newry City in Co Down, Northern Ireland.

The club crest, depicts some of the key features of the area. Aside from the official club emblem of a Harp, there is a cross symbolising Mass Rock, a local religious shrine where people have celebrated their faith since the penal times, while the neighbouring Mourne Mountains are featured in the background.