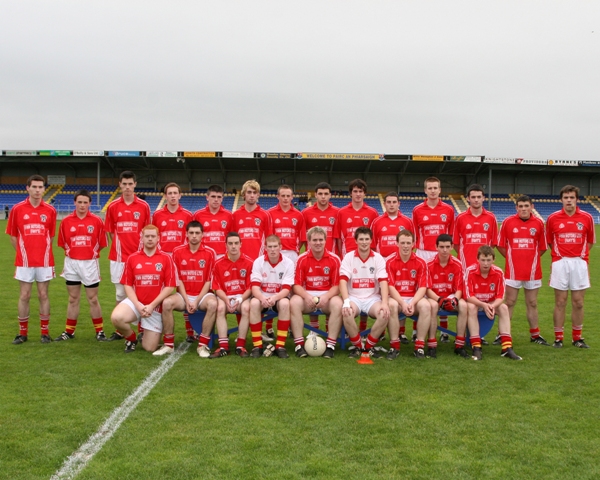 Ballymahon GAA first appeared in the record books in 1889 under secretary P Newman. The first game was played in Ballymahons Fair Green. Records and games were sparse until the 1940s. Games were played at various venues from Terlicken in a field owned by Liam Mulvihills grandfather, to Ballymulvey, Castlecore and even Antley. In the 1940s under the chairmanship of Rev P McKeown CC Ballymahon took life. Games were played in Moigh until 1953 and from then until 1972 games took place in James Delaneys field in Drinan. Since then Ballymahon GAA club has had its home in Leo Casey Park. 1989 saw an extension of the club house which in 2014 was renamed the Paddy Kenny meeting room.

1969 saw Ballymahon win the new Intermediate championship for the first time, a success which was repeated in 1984, notably, Paddy Diffley was a member of both teams. After a number a near misses Ballymahon won the intermediate title again in 1998 on the back of an upsurge in under age success including a first u14 county title and an All-Ireland Feile title. Minor championships victories in 94 and 95 was the foundation stone for senior success which came with a memorable senior championship win over Clonguish in 2002. Ballymahon also won the division 1 title in 2002. Defeat in the final in a replay in 2003 was followed by narrow semi-final defeats in 2004, 2005 and 2009.