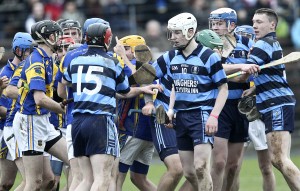 The club enters teams in hurling each year, which includes 2 adult hurling teams in the Waterford Intermediate Hurling Championship and the Intermediate attached Championship, and returned to participating in Gaelic football entering a team in the Waterford Junior Football Championship in 2015, after a lapse of ten years. Ballysaggart has no underage teams. Instead the club is amalgamated with Lismore GAA for underage teams and play as Naomh Carthach.

Ballysaggart has the honour of winning the very first competition organised by the GAA, the 1885 Waterford Senior Football Championship.