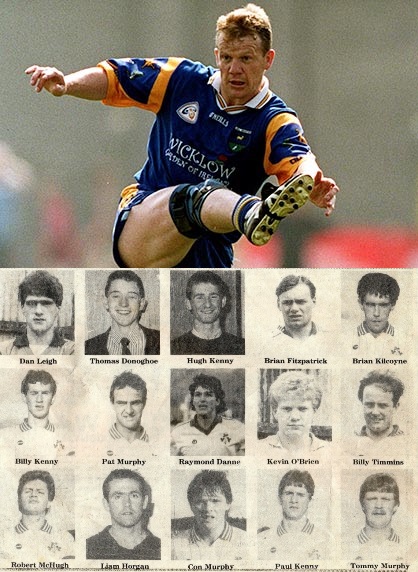 The clubs motto is Belief, Attitude, Loyalty, Trust, & Optimism, or BALTO for short. Football has been played in Baltinglass since the foundation of the Gaelic Athletic Association.

In the early years the club played under the name of Maurice Davins but achieved little in the way of success on the field of play, and from time to time disappeared from Wicklow inter-club activity. The first real success for the club came in 1913, when playing under the banner of Baltinglass Shamrocks, they won the delayed 1912 Wicklow Junior title, the final of which was played in Croke Park. Lean years followed the winning of the Junior title; the next championship to come to the town was in 1927 when the Wicklow Senior Hurling title was won. Football had fallen away in the town in the early thirties but in 1934 a meeting was held to re-establish the club and out of this the seeds of the present club were planted.

The club won a minor title in 1940 followed by a Junior title in 1943 and with this it was promoted to Intermediate ranks. The Juvenile section of the club won four-in-a-row minor from 1952 to 1955. Around this time the club embarked on a fund raising drive with the aim of buying their own pitch. This came to fruition in 1957 when the present playing pitch was bought.

When the Intermediate grade was abolished in 1954 the Wicklow County board decided to promote Baltinglass to the Senior grade. Two years later the club reached its first Senior final.

1958 saw Baltinglass win the Wicklow Senior title for the first time and over the next four decades the Miley cup was to become a regular visitor to the town. Four titles in the sixties - including a 3 in a row, four titles in the seventies, six in the eighties and five in the nineties. This included an eight in a row from 1987 to 1994.

A Leinster club title was finally secured in 1989 and on March 17, 1990 this would lead to the Andy Merigan cup and with it the title of All-Ireland club champions.