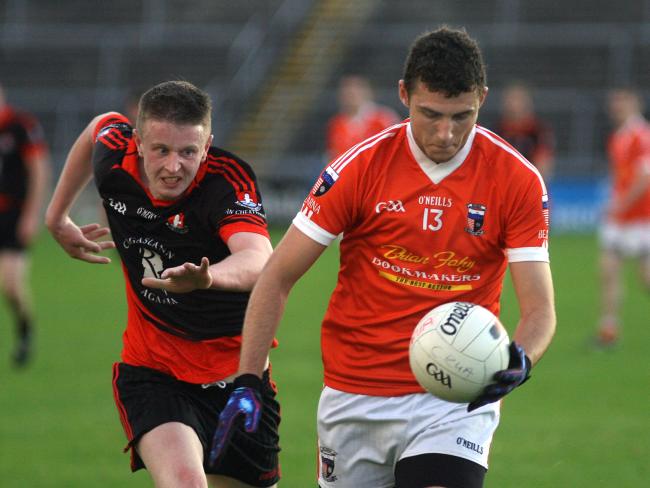 Barna versus An Cheathra Rua

2009 saw the club capture its first A title when the U16s under the stewardship of Comas Gilmore, Eddie Walsh, Aidan Brady, Matt Lawless and John Cliffored won the county A title.

2009 also saw Aidan Brady take over as chairman of the club, at the 2009 AGM the new executive were given a mandate to find better playing facilities for the club. The outcome of this process was that the club purchased the land at Cloughscoilte from Barna CO OP, plans are now being put in place to redevelop the whole complex.