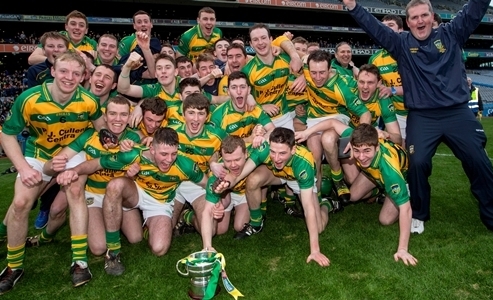 Celebrating the Intermediate Club All Ireland

Based in Bennettsbridge, County Kilkenny; the Bridge last won the Kilkenny Senior Hurling Championship in 1976 and have recently re-gained their senior status.

The club have been on a magnificent roll in recent years. They have gained promotion from Junior to Intermediate then on to Senior in just two years. Not just that, but they won the Junior Club All Ireland, then the Intermediate Club All Ireland along the way. It is a very exciting time for the club.

Bennettsbridge is one of the traditional names in Kilkenny club hurling. Twelve county championship wins puts them joint third in the winners list in the county; tied with Mooncoin and behind Ballyhale and Tullaroan.