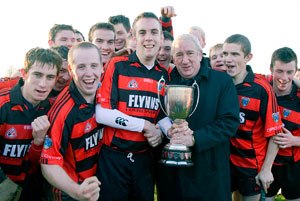 Affane Cappoquin GAA is a Gaelic Athletic Association club based in Cappoquin, County Waterford, Ireland. The club was formed in 1969 with the merging of Affane GAA and Cappoquin GAA. At present, the team is called Cappoquin when playing hurling and Affane when playing gaelic football.

Its finest hour in football came in 1974 when, having beaten Stradbally in the quarter-final and The Nire in the semi-final, Affane defeated Dunhill by 1-8 to 0-6 to win its only Waterford Senior Football Championship title. Affane went on to represent Waterford in the Munster Senior Club Football Championship, losing to Austin Stacks of Kerry.

As Cappoquin, the club has reached one Waterford Senior Hurling Championship final, losing to Mount Sion in 1956.