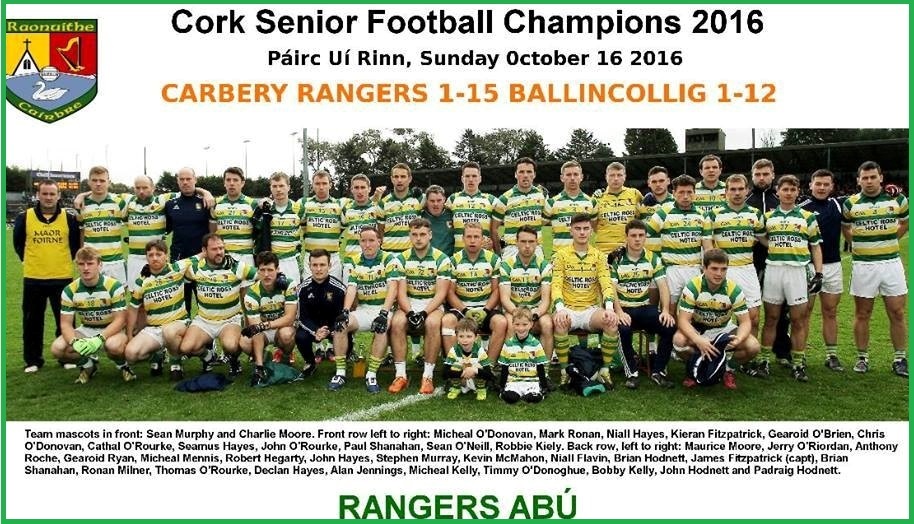 Carbery Rangers is a Gaelic football club in Rosscarbery in County Cork. They are one of the oldest clubs in Cork, having been founded in 1887. The club jersey is green, white and gold hoops. The club competes in the West Cork or Carbery GAA division competitions. The club does not field any hurling teams.

The club has been runner up three times in the Cork Senior football Championship - most recently in 2014. They went one step further in 2016 to claim their first Cork senior football championship by beating Ballincollig in the final on a scoreline of 1-15 to 1-12.