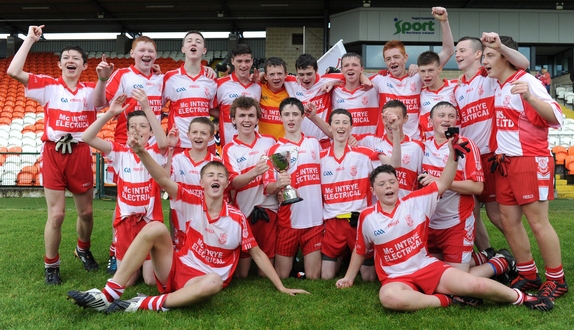 St Patrick's Carrickcruppen Gaelic Football Club is one of three GAA clubs in the village of Camlough, near Newry, in the south-east of Armagh (the others being Shane O'Neill's and Craobh Rua Camloch hurling club).

The club was founded in 1944. The founding members were Oliver Loughran, Colin Crilly, Paddy Carlisle, Bobby Browne and James Galloghly. Magill's field was the club's pitch for many years, before its relocation to the current grounds on Lowes Lane.