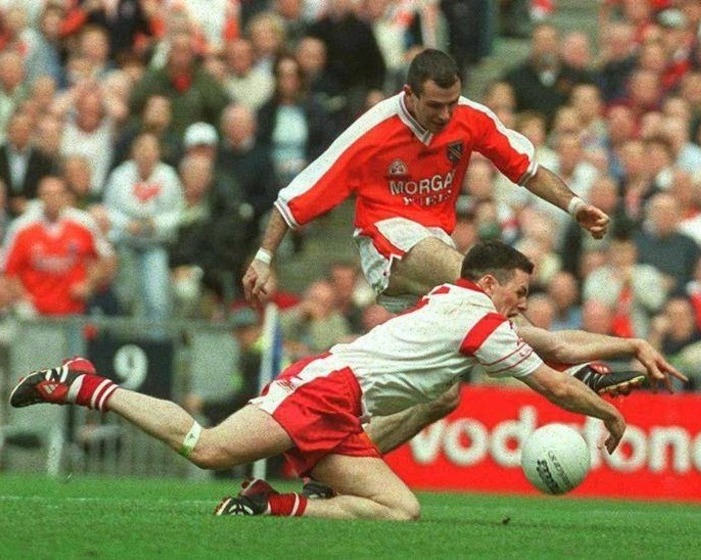 This famous club is based in mid Tyrone in the Parish of Termonmaguirc and draws its support from the town of Carrickmore and the surrounding townlands. The town, and particularly the club, is referred to colloquially, and affectionately, as 'Carmen' , a name derived from the Irish 'An Tearman' meaning a haven or a sanctuary, and refers to the sixth century Columban monastic settlement that was located in the vicinity of the present parish church.

Old maps of the district show the town's name as 'Termon' or 'Termon Rock'; in the 19th century the name Carrickmore, from the Irish 'An Charraig Mhor' which means The Big Rock, came into common usage. On the approach to Carrickmore it is easy to see how the name was a derived; the town was built on top of a large rocky outcrop and enjoys a vantage point over the Camowen valley, from the Sperrins to Fermanagh.

The club has won the most Tyrone county senior championships with 15. Gaelic games are like a religion and each generation has grown up inspired by their predecessors who have lined out for club. It is the ambition of every youngster to one day pull on the famous green, white and gold of An Charraig Mhor Naomh Colmcille.