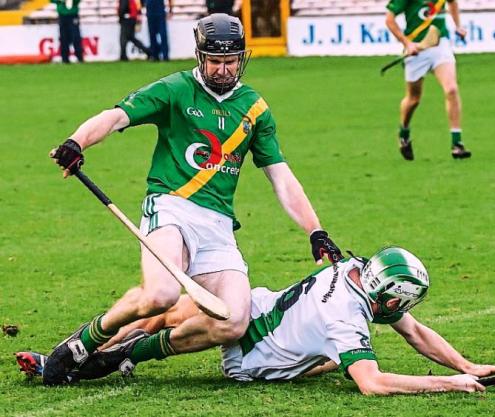 Carrickshock is a GAA club situated in the south of County Kilkenny. The club was founded in 1928 when the teams from Hugginstown and Knockmoylan were amalgamated in commemoration of the Battle of Carrickshock,1831.

Carrickshock have had success in the Kilkenny Senior Hurling Championship, winning the competition seven times. Their record of four county titles in a row between 1940 and 1943 remained unbroken until 2009 when Ballyhale Shamrocks won their 4th title in succession.

Carrickshock have contributed many great players to Kilkenny. Perhaps the most famous of these is Richie Power junior, whose brothers John and Jamie also hurled for Kilkenny. It seems a ridiculous thing to say about a player that has won 8 All Irelands and 2 All Star awards, but it is generally accepted that injuries prevented Richie Power junior from fulfilling his true, frightening potential. The boys father Richie senior is also a former Kilkenny great.

Along with Richie, Jamie and John, there's many other Carrickshock hurlers who have gone on to represent Kilkenny with distinction in recent times. John Tennyson, Michael Rice and John Dalton chief amoung these. In 2017 these men along with the rest of their Carrickshock teammates showed what they were capable of when free of injury and on the pitch together as they won the All Ireland Intermediate final in style against Ahascragh-Fohenagh of Galway.