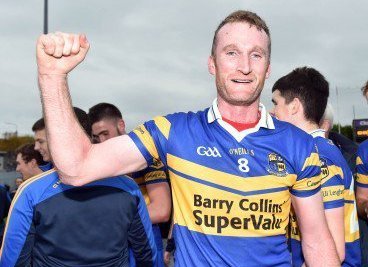 Carrigaline GAA is a Gaelic Athletic Association club based in the town of Carrigaline in County Cork. The club fields both Gaelic football and hurling teams in competitions organised by Cork County Board.

The club is part of the Carrigdhoun division of Cork. They are a Senior Football club, and a Premier Intermediate Hurling club. Cork Inter-county player Nicholas Murphy plays his club football with Carrigaline. Despite competing in numerous county finals such as Intermediate football final of 2003 and Intermediate hurling of 2006, Carrigaline failed to capture a county title. This was until October 12, 2008 when they captured their first adult county after an Intermediate A Hurling win over Bandon. In 2009 they captured the football title, by beating Cill na Martra. In 2014 they secured their first top level county by defeating St. Finbarr's, in the Premier 1 Minor Football Final.

In 2015 the club reached the Promised Land beating St. Michael's in the Cork Premier Intermediate Football Championship Final, on a scoreline of 0-12 to 0-11.