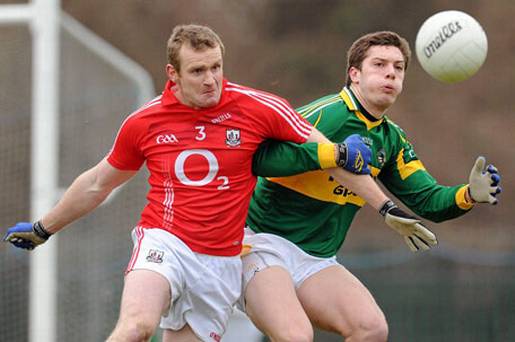 Carrigdhoun GAA is one of the eight baronies or Gaelic Athletic Association divisions that make up Cork. The division is made up of eleven Gaelic Athletic Association teams, making it one of the smaller divisions. The division is also known as the South East division. It extends from just south of Cork city down to Ballinspittle in the south of the county.

The 11 teams are Ballinhassig, Ballygarvan, Ballymartle from Riverstick, Belgooly, Carrigaline, Crosshaven, Courcey Rovers from Ballinspittle, Kinsale, Shamrocks from Ringaskiddy/Monkstown, Tracton from Minane Bridge, and Valley Rovers from Innishannon. The division selects players from all clubs except any that is senior (at present Ballinhassig and Ballymartle in hurling and Valley Rovers in football) to represent the division in the Cork Senior Hurling Championship and in the Cork Senior Football Championship.

The division's team wear a black and gold strip. The division organises championships from Junior and Under 21 levels. It used to run competitions from Under-12 to Minor (Under-18) until these were reorganised by the Cork County Board.