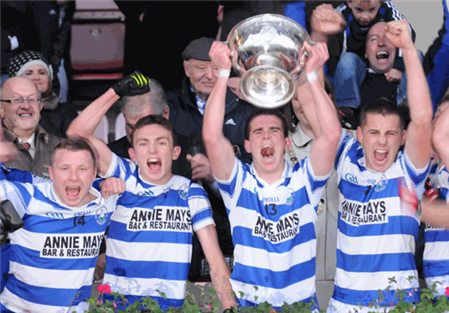 Castlehaven Gaelic Football Club is a West Cork-based GAA club in the parish of Castlehaven near the town of Skibbereen, County Cork, Ireland. The club also draws players from the village of Union Hall.

The club participates in competitions run by Cork GAA and by the Carbery divisional board. The club is primarily concerned with the game of Gaelic football, but has fielded hurling teams in the past. The club is noted for its rapid ascent from playing at Junior B level in 1969 to reaching the Cork Senior Football Championship final only 10 years later. The club has remained at senior level ever since, even though it draws from a very small pool of players.