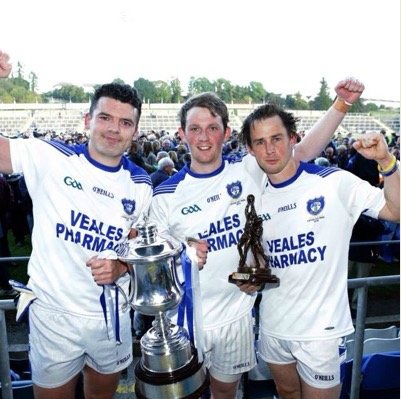 Cavan Gaels is a Gaelic Athletic Association club from Cavan Town, County Cavan in Ireland. They are affiliated to Cavan GAA. The club was founded in 1958 following the merging of 2 clubs in Cavan Town, Cavan Harps and Cavan Slashers. They are the second most successful team in Cavan GAA history.

They have 14 Senior Championship titles, the most recent being in 2017 when they beat Castlerahan in the final. Cavan Gaels appeared in twelve of thirteen Cavan Senior Football Championship finals between 1998 and 2010 missing out in 2001.

The club crest came into existence in 1984 when all clubs in the country were asked as part of the G.A.A.'s Centenary year to design their own club crest. Central to the crest is the Fransciscan Abbey, an important landmark in Cavan Town and the interlocking of the letters H and S which illustrate the merging of the two existing town clubs, Cavan Harps and Cavan Slashers into one town club, Cavan Gaels in 1957.