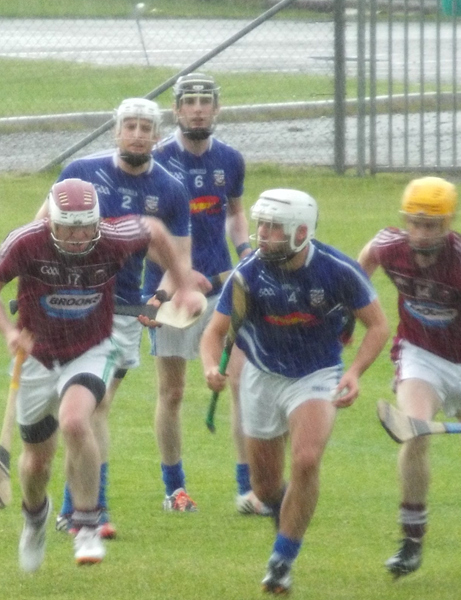 Celbridge is a Gaelic Athletic Association club in Celbridge, County Kildare, Republic of Ireland. They were awarded Kildare GAA club of the year in 2008, winners of the Kildare senior football championship of 2008, finalists in the senior football league of 1923, 1988 and 2008 and won the Kildare senior hurling and camogie championships in 2005. The Club have several honours at underage in all three codes, qualifying for national finals in football, hurling and camogie at the 2008 Fï¿½ile and winning the county under-14 football Fï¿½ile final for the first time.

Celbridge has won six senior hurling Championships in Kildare. On 2 October 2011, Celbridge completed a famous three in a row of championship titles when they beat local rivals Confey 2ï¿½16 to 0ï¿½15. In 2009 and 2010 they beat Coill Dubh in both finals. Their previous successes dates back to 1921 and then again in 2005, with Jimmy Doyle as team manager in 05. The team were certainly good enough to claim titles in the interim between 2005 and 2009 however missed out narrowly in three county semi-finals. The current crop of senior players include numerous county players. The club have had three Kildare hurler of the year winners, Donal Moloney (2005), Tony Murphy (2009) and Mark Moloney (2010). In previous years Billy White, Tony Murphy, Mattie O' Dowd and Niall O' Muineachain have won Christy Ring all-star awards. Billy White was nominated for Christy Ring Hurler of the Year in 2007.

The senior hurlers were also crowned All-Ireland Intermediate Elevens Champions in 2011. The basis for these successes were numerous underage county titles won throughout the last decade. The club's first minor title in 2000 was the clubs first breakthrough and to this day many of that team form the spine of the clubs senior team. The current senior team have a bright future with many talented young players coming through. Celbridge were named Kildare Hurling Club of the year 2010. Simon Holmes, a name known nationally for his humanitarian efforts, lines out for the Celbridge hurlers.