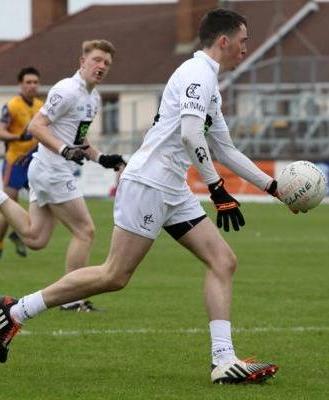 GAA Club History
Clane town sports pre-date the GAA, those of 12 June 1884 on a field opposite the Dispensary House being reported as "ayquel to Punchestown" by the Leinster Leader. Dr OConnor, organizer of the 1885 sports became first chairman of Kildare county board. A Leinster Leader report in April 1887 claims Clane had the honour of being the first club to be established in County Kildare. Clane were first Kildare football champions, a Clongowes Teacher member of the team Professor Crowley was later accredited with having invented the handpass. RIC records from 1890 show that Clane William O'Briens had 50 members with officers listed as CJ O'Connor (who was also first chairman of Kildare county board) John Geoghegan, Maurice Sammon and James Archer. A set of white jerseys from a house rugby team at Clongowes, used by the club after 1901, were used for the 1903 All Ireland final leading to the tradition of Kildare wearing all white as their county colours: the Lily Whites.

Gaelic Football in Clane
The Clane-Roseberry duopoly between 1901 and 1910 was responsible for raising standards in Kildare. Eight Clane players Larry Hussey Cribben, Bill Merriman, Ned Kennedy, Joe Rafferty, Jim Wright, Bill Bracken, William Steel Losty and Johnny Dunne participated to Kildares cathartic twice-replayed home final appearance against Kerry in 1903 and first All Ireland success in 1905. By the time the club was seriously affected by the Irish Civil War, it had won eight county titles. Pa Connolly spearheaded the revival of the 1960s which resulted in three more titles, including the dramatic comeback of 1967 which turned a four-point deficit into a six-point win in the final ten minutes. Martin Lynch was the star of the 1990s when Clane won four more titles in a six-year period. After Clane won the 1997 county championship with nine Kildare players in the line-up they went to the Leinster Senior Club Football Championship final, eventually losing to Erins Isle, and provided six players for the Kildare team that reached the 1998 All-Ireland Senior Football Championship final.