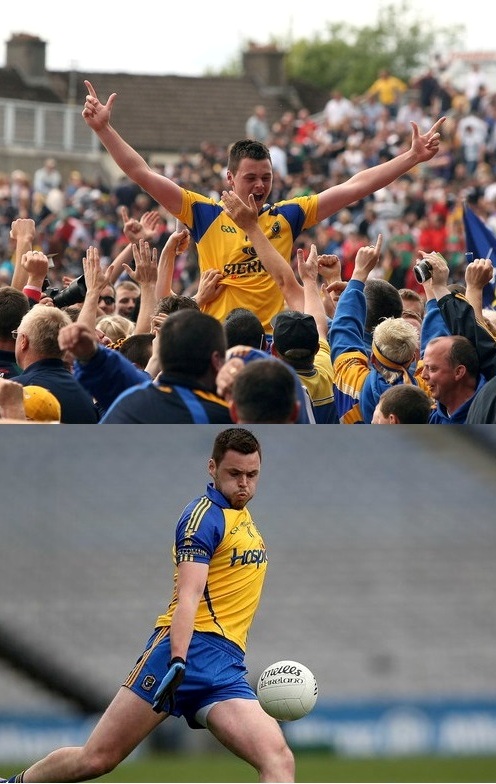 The Clann na nGael Club was formed in 1936 when the clubs of Drum and Clonown amalgamated. Clann won their first ever county title, the Junior Championship, in 1940, and were promoted to Senior status. However, after an unsuccessful period at senior level, the club reverted to Junior in 1945. The club battled on and in 1954 won a second Junior Championship. That win was significant as it regained senior status, a ranking that Clann has not relinquished since.

In 1960 Clann na nGael commenced an amazing run of success that not even their most ardent supporters could have anticipated - a run that brought a majestic seven County Senior League Titles in succession as well as five O'Rourke Cups. In addition, the Roscommon Senior Football Championship was captured for the first time.

Since then Clann have gone from strength to strength. Eamon McManus (Snr), Tony McManus, Martin McManus (R.I.P.), Jimmy McManus, Vincent Harney, Mike Keegan and Liam Dunne were among the players who had arrived on the scene in 1976 and were to contribute greatly to the club's most successful era ever. County senior titles were won in 1976, 1977, 1979, 1981 and 1982. Young players like Fran Nicholson, Paul and Owen McManus and Eamon McManus (Jnr) were also helping to fashion the glory era.

The first Connacht Senior Club Football Championship was won in 1982 and defeat followed in the All-Ireland Senior Club Football Championship Final against Portlaoise, at Cloughjordan, Co. Tipperary. Clann were defeated early in the 1983 county championship, but the following year bounced back to put together one of the best success stories of any side. Eight county senior titles were won in succession (1984-1991), a remarkable run by any standard.

Clann na nGael also won six Connacht club titles in succession in that era (1984-1989) and appeared in four successive All-Ireland finals (1987-1990). Seven Connacht titles in total puts them second, behind Corofin in the role of honour.

During the 1990s Clann na nGael continued to be to the forefront in Roscommon football, winning further senior county titles in 1993, 1995 and 1996.

Amoung the clubs most famous players are 1989 All Star recipient Tony McManus and Donal Shine.