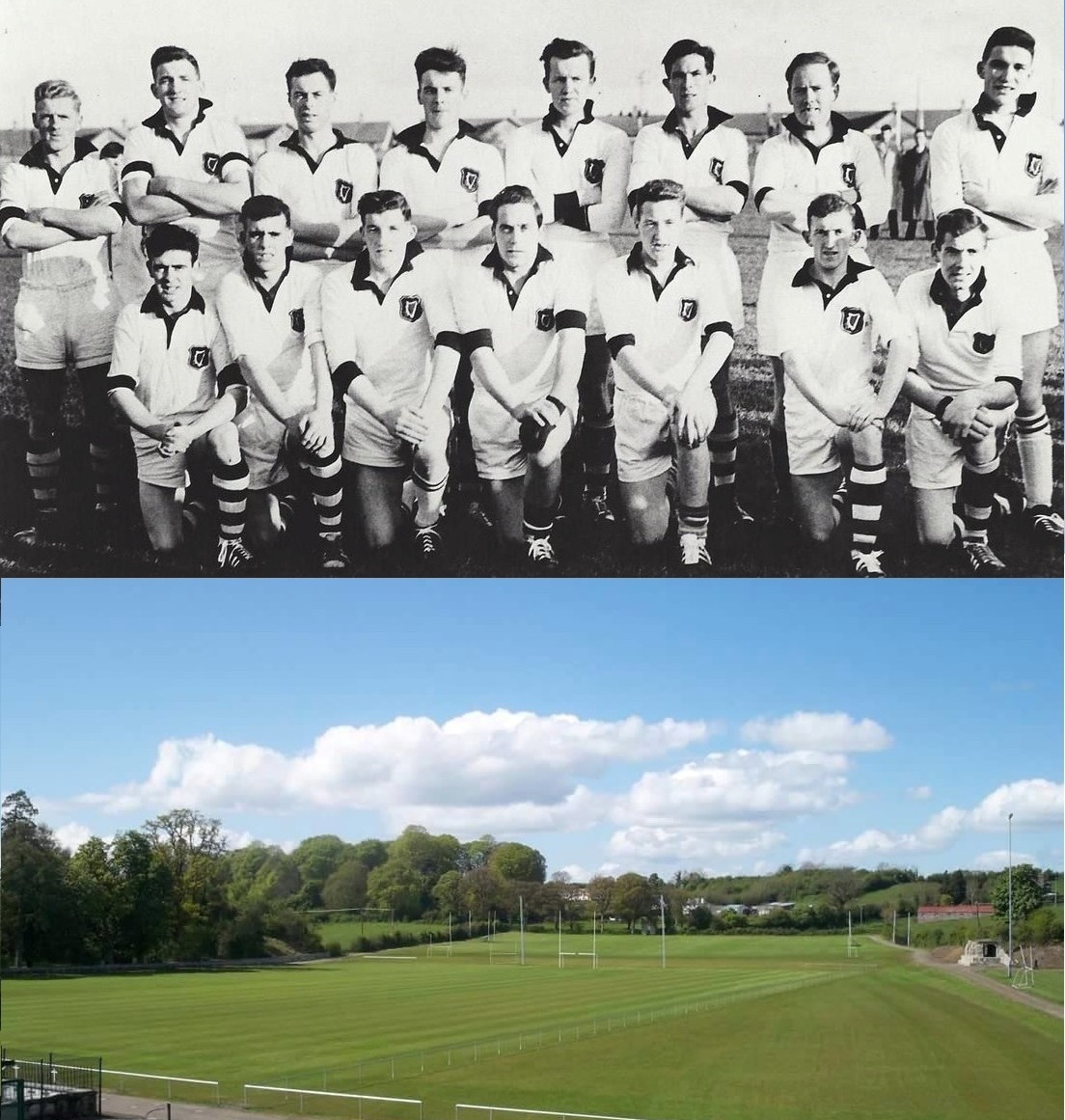 The breakthrough team of 1960 and the clubs grounds

Clara GAA is a GAA club based in Clara, County Offaly, Ireland. It participates in competitions organized by the Offaly GAA county board. The club fields both Gaelic football and Hurling teams. The club was founded in 1884 and was the first club outside of Dublin to affiliate to the newly-formed Gaelic Athletic Association. It is thus the oldest club in Offaly.

For the first 90 years of our existence we were a nomadic club, using and playing in fields that were available all over the parish to us. All that changed in the 1970s when the club purchased J. & L.F. Goodbodys sportsfield and developed it for exclusively GAA purposes. This pitch was officially opened in 1980 by Paddy McFlynn.

The club had previously purchased a local ballroom in the centre of town as a social centre. In 1996 the club were able to purchase a second playing field Pairc Phroinsias and a further purchase in 2007 of the adjoining 12.5 acres and convent grounds has allowed the club to increase their facilities.