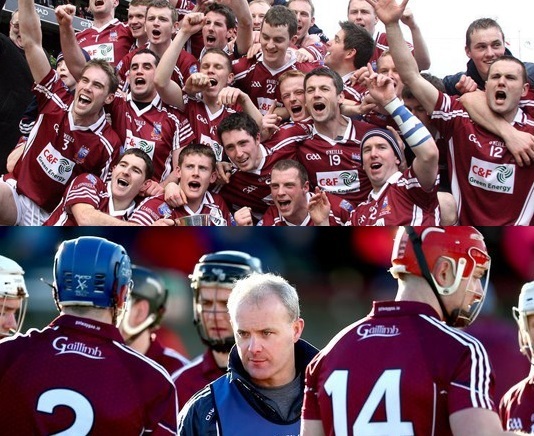 All Ireland Champions 2011 and Micheal Donoghue

Clarinbridge GAA is a Gaelic Athletic Association club located in the village of Clarinbridge in County Galway, Ireland. The club is almost exclusively concerned with the game of hurling. In March 2011, they won their first All-Ireland Senior Club Hurling Championship, defeating O'Loughlin Gaels by 2-18 to 0-12 at Croke Park.

The club had to wait until 2001 for their first senior hurling championship however as the club states on its website there is far more to the G.A.A. than just playing and winning games. Through the years the organization has been a means of providing entertainment for young and old alike, most of whom had few other alternatives. It was a mechanism through which many friendships were made, which often lasted a lifetime.

Clarinbridge man Micheal Donoghue is the current manager of the Galway senior hurling team having being appointed in December 2015. Donoghue played on the 1992 All-Ireland Minor winning Galway side and captained Clarinbridge to the Galway Senior Hurling Championship in 2001.