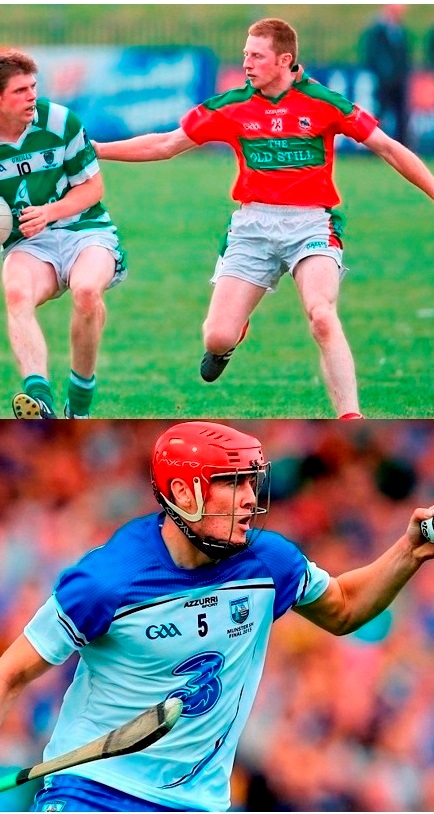 Kinsalebeg was among the first clubs in the country, established in 1885, the year after the GAA was formed, and went on to contest the first football final, losing out to Ballysaggart GAA They went on to win the Senior football championship in 1886 and 1891. The Clashmore half of the club came to prevalence after the turn of the century, when as a separate club they won five Waterford county football titles between 1903 and 1907, while also contesting many famous Munster Championship matches during that period.

Following an unsuccessful period, the club was re-founded in 1959 by Joseph O'Keeffe and others. Clashmore won what was called the Primary Championship in 1962 by beating Portlaw by 1-10 to 0-4. The Kinsalebeg club had again been playing as a separate entity for some year's previous, but in 1967 both club's combined once again. Success came in 1969 when Clashmore-Kinsalebeg won a double by winning the Intermediate Football title against Dunhill by 3-6 to 2-4, and a Waterford Junior Hurling Championship title when beating Kilgobinet by 3-4 to 3-2.

The next success came in the Intermediate grade in 1977 with a county final victory over Ferrybank by 0-12 to 1-3 at the Shandon field in Dungarvan. The following year, largely the same team got to the Waterford Senior Football Championship final, where they were defeated by Ballinacourty More or less this same team reached the Senior county final in 1982, but were beaten by a goal by Stradbally.

In the late 1990s, the team was once again in the Intermediate Grade. They won the 1999 Championship by beating Butlerstown in the Fraher Field. 2000 saw their second Junior Hurling title, when Fenor were beaten by 1-8 to 0-5 in the final at Walsh Park. In 2001, the football team was relegated to Intermediate again, but in 2002 they were promoted to Senior again after victories over Brickey Rangers, Sliabh gCua, Brickey Rangers again, Rinn Ó gCuanach after a replay, and Newtown, who were beaten by 2-8 to 0-9 in the County Final at Kill.

Clashmore-Kinsalebeg were relegated from the Senior ranks in the 2009 season, losing to Brickey Rangers by a single point after a replay in the relegation final. However, they won promotion the year after with a victory over John Mitchels in the Intermediate County Final by a scoreline of 1-13 to 1-7.