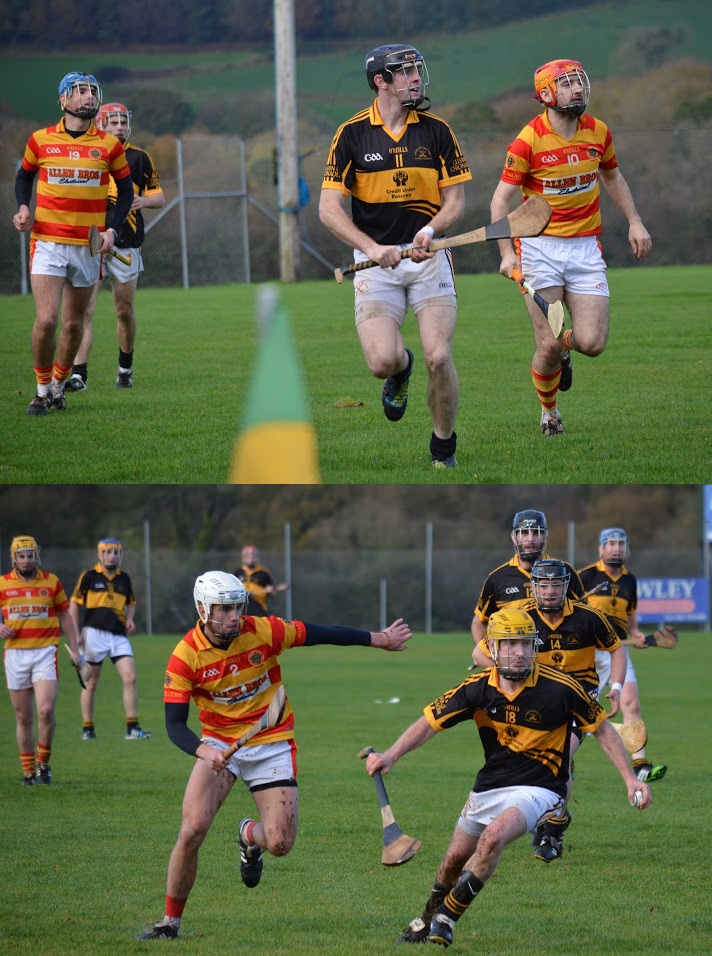 Playing Newcestown in the Munster Championship 2015

Clonakenny Gaelic Athletic Club (Irish: CLG Chluain Uí Chionaoith) is a Tipperary GAA club which is located in County Tipperary, in Ireland. It currently plays hurling (at Intermediate grade) and Gaelic football (at Junior grade)in the Mid Tipperary Division of Tipperary GAA, but was formerly in the North division. The club is located in the parish of Bournea, between the towns of Roscrea (to the north) and Templemore (to the south).

Clonakenny GAA was formed in about 1905, and initially played in the North division. At that time teams were 17 a side. The first Clonakenny team wore a green jersey with a white hoop. About 1910, a political split developed which resulted in some players switching to Moneygall GAA, which in 1915-17 reached three North division finals. Other Clonakenny players fielded for Clonmore GAA in those years.On 25 of October 2015 Clonakenny won their 1st county final since 1968 beating Thurles Sarsfield in the intermediate final on a scoreline of 2-13 to 3-09.