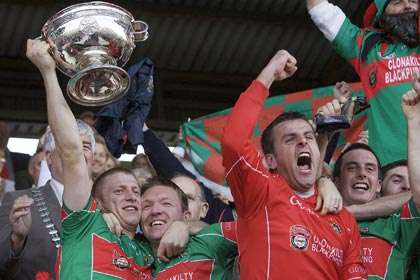 Clonakilty GAA is a Gaelic football and hurling club based in the town and parish of Clonakilty in County Cork, Ireland. It is affiliated to the Carbery division of Cork. It was founded in October 1887. The club has achieved fame primarily as a Gaelic football club. The club has played in the Cork Senior Football Championship since 1932, the longest-serving senior football team in Cork, and has won the title on 9 occasions, 1939, 1942, 1943, 1944, 1946, 1947, 1952, 1996 and 2009.

The 1945 Cork team that won the All-Ireland Senior Football Championship was backboned by players from Clonakilty.