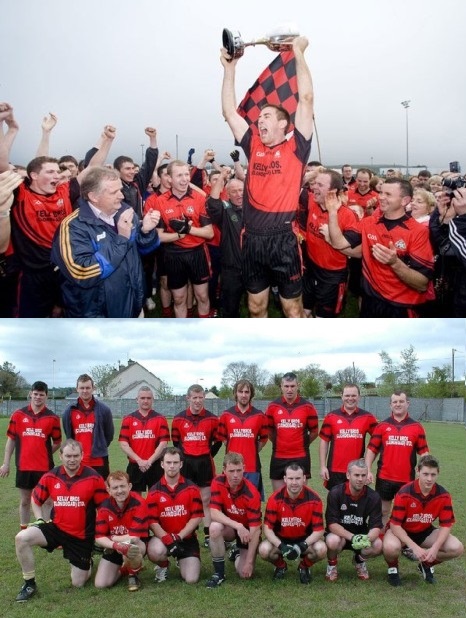 Located in the parish of Ballynacally, the club was founded in 1943, has a long and honorable tradition of playing Gaelic games and more particularly Gaelic football. The first community involvement at that time was at a dance, which was held in Ballynacally school, which was held to raise the cost of a set of jerseys. Red and black were the colours chosen and to this day, remain the club colours. In those days, as was the case with most clubs, local farmers were depended on, for the use of their fields, for training and playing matches. The true community involvement began in 1979, when it was decided to purchase a field, which the club could call its own. At the time the new community centre had been built in the village and almost paid for. This was a huge incentive to the club. By May 1980, a field was purchased for £19,000.

In 1983, stage two took place when dressing rooms were built. Plastering, plumbing, electrical, showers were all done voluntarily. A local man made doors. Seating, painting and footpath were all completed by 1986.
1993 was the fiftieth anniversary of the club and what better time to officially open the pitch. A new committee was formed and further work was put in place, a car park, wall erected, inner fence and dugouts. Grants were availed of and contributions were given by many local businesses and families. Community involvement was very evident in the months leading up to opening, with men, women and children doing all this voluntarily every evening til dark. The only work done by a contractor at this time was the wall, for insurance purposes. The grand opening took place on July 25th 1993 and the pitch was officially called Páirc Mhichil Ui Eithir in honor of the renowned sports commentator, who was son of Jim Hehir, trainer of the 1914 All Ireland winning Clare hurling team, who was born in Paradise, Ballynacally and whose cousins still reside in Ballynacally.

Today, the club field teams in 13 age groups, has 32 trainers and mentors, 60 people involved in lotto, 18 committee members and 3 school liaison officers. Many club players that have worn the saffron and blue for Clare. The County Board have approached club trainers to train county teams. Many county teams train and play challenge games at the pitch, including ladies football and camogie. School games, joggers and walkers avail of the facilities.