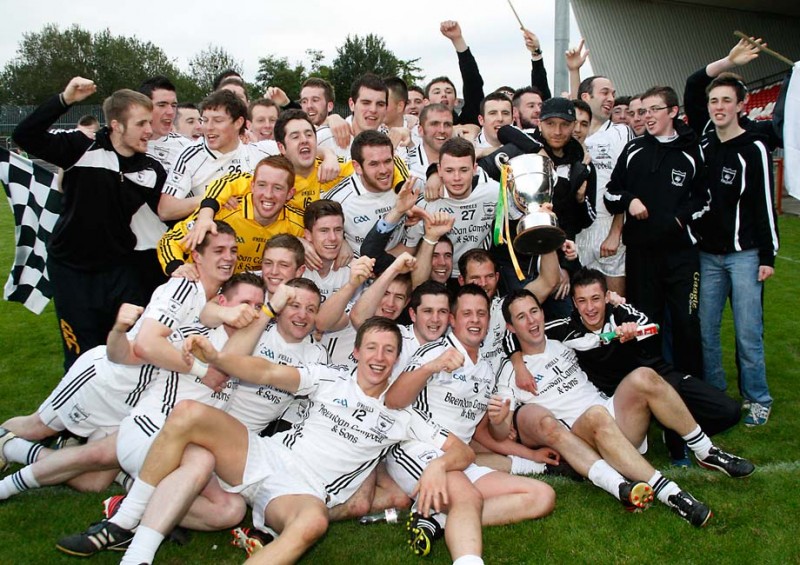 Clonoe O'Rahilly's GAC is a Gaelic Athletic Association club from Clonoe, County Tyrone, Northern Ireland. Their home ground is O'Rahilly Park which was opened in 1952.

Clonoe Gaelic Football Club was founded in 1916 and named after one of the Rebels in the 1916 Easter Rising. It was not until the 1940s that the Clonoe team became firmly established in Gaelic football. In 1941 Clonoe reached the Tyrone Senior Football Championship final for the first time and was beaten by St. Malachy's Moortown. The 1950s was Clonoe's most successful decade, with the official opening of O'Rahilly Park in 1952 and a place in the County Finals in '52,'53,'56,'58 & '59. In 1958 Clonoe defeated Carrickmore in the Final and the arrival of The O'Neill Cup at 'the Corner' became a reality. The 1960s were also successful for Clonoe with wins in '60, '61, & '65.

In 1973 the new Social Club was opened and a reserve team formed which won the Intermediate Championship in 1983.

The seniors are one of the top teams in Tyrone in recent years having won the title in 2008 and 2013.