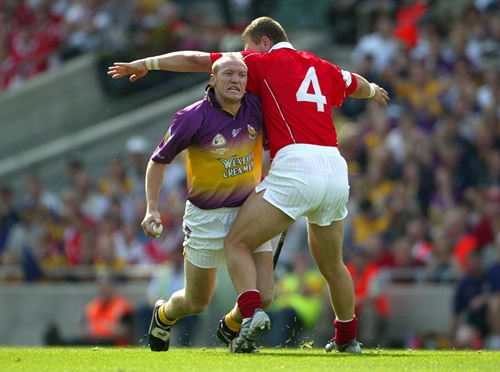 Cloughbawn GAA is a Gaelic Athletic Association club based in the Clonroche, County Wexford, Ireland. The club is primarily concerned with the game of hurling.

Tim Flood carried the Cloughbawn name with distinction for over a decade when wearing the purple and gold of his native county. Billy Wickham was another stalwart of that era. Tim Flood's son, Sean, was a regular half back throughout the `90's on the Wexford SH team while Larry Murphy commanded a forward berth from his debut in 1993. John Fleming, Tom Walsh (R.I.P.), Martin Furlong, Ger Flood represented the club with Wexford on numerous occasions as did Tommy Harrington, Sean Wickham, Paul Carton and P.J. Dempsey. MJ Furlong made his debut in 2002 against Kilkenny in the Leinster Final but was unlucky to receive a leg injury a few years ago which ruled him out for the county, Harry Kehoe and Noel Carton have been representing the club on Wexford hurling team of late.