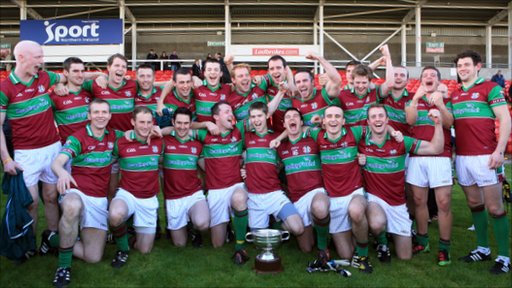 Despite some of the club's catchment area being in County Antrim, the club is a member of the Derry GAA. Eoghan Rua currently cater for Gaelic Football, Hurling, Camogie, and Ladies' Gaelic football and also compete in Scor and Scor n nOg. The club's name commemorates Eoghan Rua O Neill. In addition to drawing players from Coleraine, the club's catchment area includes Portstewart and Portrush. The club's grounds on the main road between Coleraine and Portstewart and were completed in 2007. Underage teams up to U-12s play in North Derry league and championships, from U-14 upwards teams compete in All-Derry competitions.