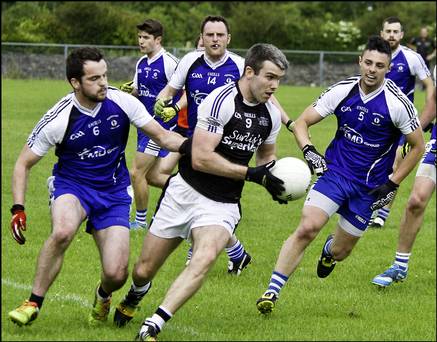 Coolaney/Mullinabreena is a Gaelic Athletic Association club based in the parishes of Killoran/Coolaney and Achonry/Mullinabreena in County Sligo, Republic of Ireland. They won the Senior County Championship in 1958 and Intermediate titles in 2005 and 2011.

Two of the clubs most notable players include John Brennan and Nace O'Dowd.

John had a long career with Sligo and was selected on the All-Stars team, an all-Ireland selection which played Kerry at Wembley Stadium, London in 1973.The esteem in which he continues to be held by Sligo GAA was exemplified in 2012 when he received the Sligo GAA Hall of Fame Award.

Nace is the only Sligo man to win three Railway Cup medals in the annual interprovincial series, Nace featured on the successful Connacht teams in 1951, 1957 and 1958. A brilliant fielder of the ball, he had few peers in the air, and played in a variety of positions-defence, midfield and attack- for club, county and province. His selection on the Ireland team in both 1954 and 1955 was a fitting recognition of his prowess.